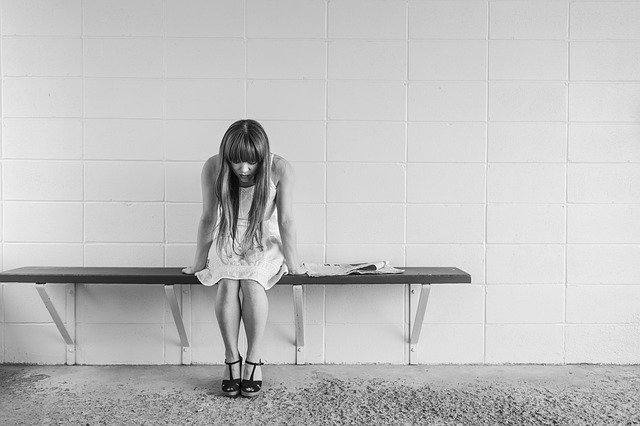 Algodystrophy: when and how it manifests itself.

When making a diagnosis of Algodystrophy (CRPS), the alarm signals considered are usually the presence of an initial event or cause of immobilization, continuous pain, allodynia (a previously painless stimulus that has become painful), hyperalgesia (the pain is excessive compared to the triggering stimulus), edema, alteration of the skin vascularization or abnormal activity of sweat in the painful area.

Other factors that may be symptoms of CRPS are predominant vasomotor disorders, predominant sensory disorders that manifest and develop in three phases: the hot phase, the cold phase and the chronic phase.

The hot phase is the inflammatory phase whose symptoms are global joint pain, common functional limitation, local vasomotor inflammatory signs, skin hyperesthesia. This circulatory vasomotor disorder may occur immediately after surgery or during the consolidation phase of functional rehabilitation and kinesiotherapy management.

Cold phases or posthumous phases are detected late and are often linked to extensive functional impotence at the loco-regional level, with an association of the type of post-traumatic anxiogenic syndrome and the addition of psychological disorders.

This is the disabling and chronic phase with actual disabilities and potential de-socialisation followed by possible psychological problems.

Potential triggers are: a psychic predisposition to anxiety or the attitude of a patient who would like a faster than usual recovery, prolonged immobilization, an interruption of work as a result of trauma, failure to respect functional impotence during initial treatment, too aggressive or too lewd attitude, unexpected rest or treatment, migraines, asthma, menstrual problems, neuropathy.

It should be considered that all these factors have no value if not considered by the doctor as related to the disease Algodystrophy and in relation to an unusual clinical course.

Given the difficulty of diagnosing algodystrophy, there are no specific tests for this disease. Usually, in cases where an unusual and intense polymorphic pain occurs in the patient in the whole affected joint, or even in the whole shoulder/hand of the limb, a functional limitation of the joint with stiffening, local signals, reddening, whiteness, thin skin, hypersudation or abnormal heat in relation to the contralateral side, CRPS is diagnosed and further analysis is required to confirm it.

In the immediate post-traumatic “Hot Phase”, the X-rays do not show any anomalies. The first signs of Algodystrophy disorder appear one month after the course of the disease, through plates showing local-regional demineralisation traits of the spotted type. Since this is the normal counter-lateral side, it is usually thought of as an algodystrophic demineralisation and the various differential diagnoses (osteoporosis, bone cancer, etc.) are eliminated.

The complementary examinations that allow to establish with certainty the algoneurodystrophy are:

Very sensitive but not very specific. The use of this analysis must be systematic, since the signals of hyperfixation are very evident. Nevertheless, the clinical context should be used to confirm the algodystrophy in case of negative examination, while differential diagnoses such as fatigue fracture should also be considered.

It allows an early and rapid diagnosis showing edema, or even trabecular fractures, but these symptoms may also be non-specific and be related to fatigue fractures or periostitis.

This is done to exclude the hypothesis of an osteoporotic syndrome, since it allows a differential diagnosis to be made.

When treating the problem of algodystrophy or SDRC it is preferable to inform the patient on discovery of this disease by giving him reassurances and informing him that it is a treatable disorder. It is important to follow this approach in order to avoid damaging the psychic sensitivity of the patient.

The treatment will therefore aim to completely restore previous behaviors with a profound change in management through functional re-education and physiotherapy and balneotherapy, recommending physical activity as soon as possible.

It is a common practice to combine the pharmacological treatment of Algodystrophy with physiotherapy treatment. Some facilities offer motor rehabilitation services in the pool, as they promote functional re-mobilization, during which regular sequences of heat application are recommended, followed by cryotherapy. Electro Physiotherapy is initially recommended, with manual or mechanical lymphatic drainage (pressotherapy).

Physiotherapy has long and progressive development times, with the gradual introduction of manual muscle strengthening, followed by regional and local-regional joint mobilization.

Numerous treatments are available, but the primary aim is to rehabilitate the final subject and restore the range of motion of the joint or limb concerned.

In recent years, bisphosphonates (BP) have been the most studied pharmacological agents for the treatment of CRPS. BP are a powerful inhibitor of osteoclastic activity and are widely used in the management of osteoporosis and other metabolic bone diseases. However, the potential beneficial effects of BP in CRPS may be related to a more complex interaction between these drugs and the pathophysiological events that trigger and maintain Algodystrophy. Several studies have demonstrated the efficacy of these drugs compared to placebo for the treatment of Algodystrophy. Neridronate was discovered and patented specially for the treatment of CRPS. Oral or intravenous (IV) alendronate, pamidronate IV, clodronate and ibandronate have reduced pain and improved physical function in patients with CRPS with a good safety and tolerability profile. Fragmentary osteoporosis due to hyperactivity of osteoclast is a common finding in Algodystrophy, but the role of osteoclast activation in this condition is not well understood. The main mechanism of action of BP is the inhibition of osteoclast activity and, consequently, bone resorption. A secondary action of these molecules could be interference with the inflammatory and nociceptive pathways in CRPS. It seems, in fact, that the acidification of the extracellular environment caused by the activation of osteoclasts can activate nocyclic activity. In addition, BP may interfere with the activation of macrophages, implied by over-expression of the Nerve Growth Factor (NGF) responsible for neurogenic inflammation. Based on these considerations, many agreed to adopt the use of BP as a first-line drug in the management of CRPS in clinical practice.

On the other hand, the main limitations of these studies were the small number of patients enrolled and the support sponsorship for most of them.  When conservative therapies fail, invasive treatment modalities are attempted. Sympathetic nerve blocks (upper limb cervicothoracic block and lower limb lumbar block) under fluoroscopic control are commonly indicated for CRPS treatment, especially for patients with prevailing sympathetic symptoms. Pain reduction and functional impairment after a single block is considered a positive response and may suggest the potential benefits of an extended range of blocks, especially if associated with physical and occupational therapy. Therefore, the drug blockade should be selective, avoiding sensory and motor function of the limb. Therefore, the pharmacological blockade must be selective, saving the sensory and motor function of the limb. The increase in skin temperature, together with the superficial venous congestion and Horner’s syndrome in the cervicothoracic block, are other signs of success of the sympathetic block. In patients sensitive to sympathetic nerve blocks, a surgical or chemical sympathectomy has also been proposed. Chemical sympathectomy consists in the injection of phenol or alcohol performed with the same techniques and objectives as sympathetic blocks. Surgical sympathectomy can be performed with an open approach or more frequently with a minimally invasive thermal ablation technique, the results of which may be more durable and reproducible according to some authors. The technical question and potential complications are similar to sympathetic blocks.

First, the pain and swelling will be controlled, according to the conventional treatment, by promoting paracetamol and the regular application of the cold.

They are already widely used before the diagnosis of algodystrophy, they are rarely effective, although their analgesic effect is used.

Avlocardyl is often used to act on the anxious component of algoneurodystrophy.

Alone, the effectiveness is limited.

This is the most commonly used treatment. Its action is often spectacular, although the treatment is sometimes poorly supported. An “attack” treatment in the form of daily subcutaneous injections with slow injections, preferably in the evening, with the use of an antiemetic, should be used for two to three weeks, then, depending on the evolution, the treatment should continue for more than a month at a more frequent dose.

They can play an important complementary role, because in this case we are fighting against one of the causes of algodystrophy. The doctor will consider establishing a real treatment according to the field. The help of a psychiatrist or psychotherapist can be useful at this stage.

In addition to pharmacological therapy and physiotherapy, other alternative treatments have been tested in order to resolve the Algodystrophy deficit and reduce the sphere of pain caused by it.

These include “Spinal cord stimulation (SCS)”, which consists of stimulation of the dorsal columns of the spinal cord by means of electrodes positioned in the epidural space. The mechanism of action is unclear, probably involving a local neurochemistry altered in the dorsal horn, suppressing the hyperexcitability of neurons.

When applied in the early stages of Algodystrophy , SCS can significantly increase limb function and pain relief, but its use remains controversial and should be reserved for carefully selected patients. Clinically detectable objectives of SCS in CRPS include reducing the perception of pain and muscle dysfunction and improving blood flow. Patients should undergo a stimulation test with a temporary device to assess reactivity and confirm the potential benefit of permanent implantation. Electrodes are placed in the lower cervical region for involvement of the upper limbs and in the lower thoracic region for damage to the lower limbs, adjusting the final positioning based on the referral of patients for paresthesias in the affected region. Complications of this technique range from infection and bleeding, spinal cord or nerve injury, implant migration, malposition or rupture, and failure of the pulse generator.

Regional intravenous anaesthesia (IVRA) has been tested and has also been successful with the use of bretylium and ketanserin. Given the multifactorial pathogenesis and polymorphic clinical picture of Algodystrophy , the appropriate therapy will be tailored to each specific patient. The therapeutic approach should be multimodal, particularly in chronic pain.

An intensive pharmacological approach, including neridronate and/or other drugs (corticosteroids, analgesics, vitamin C), combined with a rehabilitative approach focused on maximizing functional independence and reducing pain, has been found in several patients as being at an early stage, providing excellent results. In a chronic phase a multidisciplinary approach is mandatory, including as key treatments the modalities of sensory modulation for pain control through conservative and interventional techniques. In any case, these treatments should be associated with Bisphosphonates, such as Neridronate as a first-line drug.