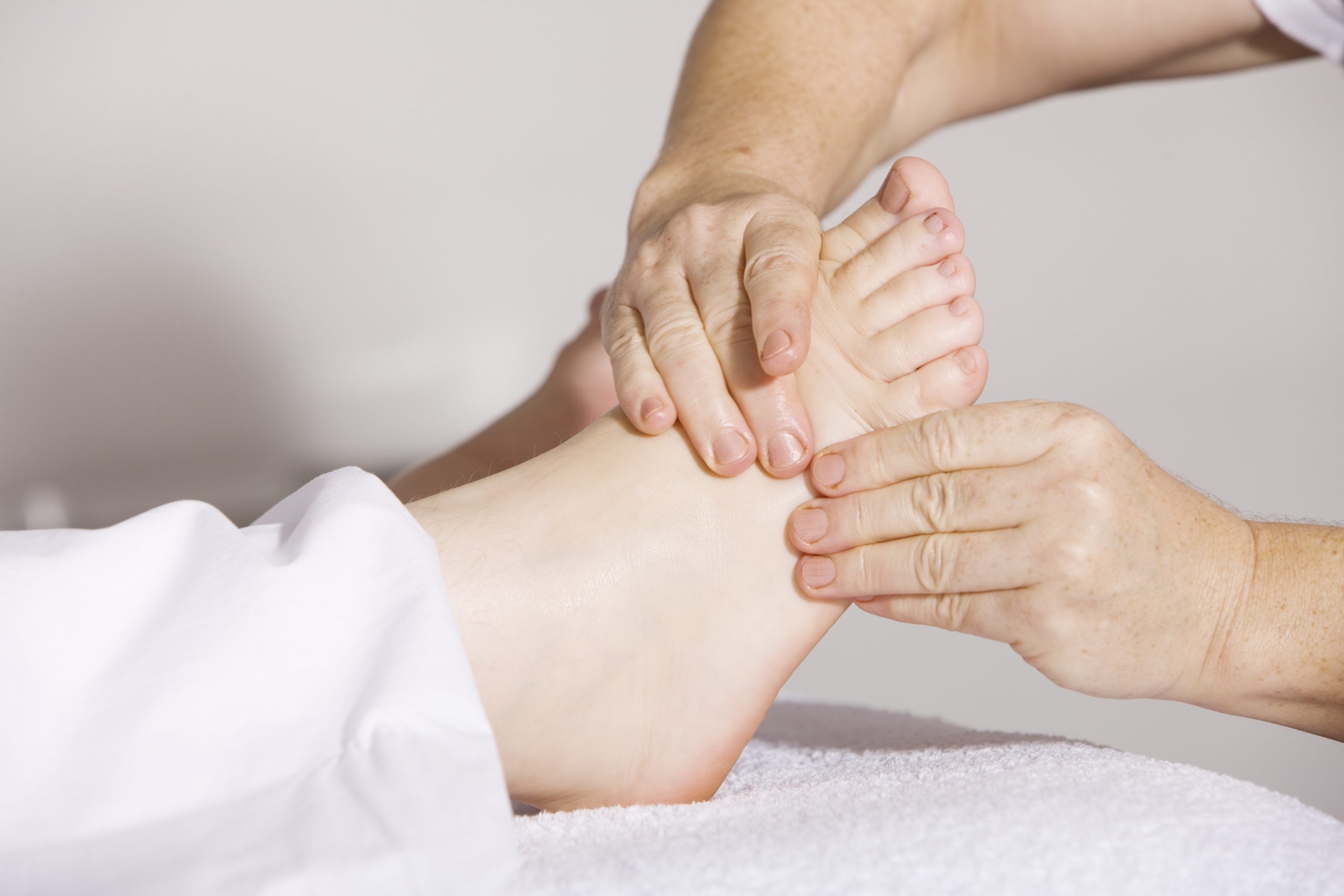 Historically, the first definition of Complex Regional Pain Syndrome Type 2 dates back to 1994, when the International Association for the Study of Pain (IASP) defined causalgia as “an intense and burning pain syndrome after a traumatic nerve injury, associated with vasomotor and sudomotor changes and later trophic” and sympathetic reflex dystrophy as “similar, but from different causes”.

This term proposed by the IASP in 1994 is currently used with the difference that type 1 is caused by an injury or trauma to the tissues and in type 2 there is obvious neurological damage.

The characteristics of these two types of disease are the same and the treatment does not change, which is why they are similar are commonly treated to the same extent the pathophysiology, diagnosis and treatment.

Worldwide, the incidence and prevalence of Complex Regional Pain Syndrome Type 2 is unknown. The numbers vary from year to year, and the causes of the most common cases are usually fractures or surgeries. The most common cause is compression of the median nerve (most common cause), followed by distortion, root lesions, spinal cord injuries and spontaneously. It has been found that it most frequently affects women with a peak between 50 and 70 years of age, mainly in the arms.

Complex Regional Pain Syndrome Type 2 is also associated with other diseases and conditions such as stroke, mastectomy, pregnancy and the use of drugs such as phenobarbital and isoniazid. In addition to trauma and diabetes there are predisposing factors for the development of this syndrome.

The main characteristic is the fracture, and it is thought that immobilization is the possible predisposing factor for CRPS. Studies of immobilization in animals have found greater sensitivity to stimuli and changes at the spinal level.

It is also believed that psychogenic or hysterical factors, mainly associated with depressive symptoms, may contribute to CRPS. Any psychological factor may interact with the release of catecholamine and thus interfere with the pathophysiological mechanisms mentioned, but this is only a hypothesis. The success of psychotherapy and occupational and cognitive therapy in patients with CRPS shows that the symptoms of dystonia and myoclonus are of psychogenic origin in some patients. It is not always easy to distinguish these symptoms from simulation.

CRPS often occurs in different family members and at a younger age, which may indicate a genetic predisposition. Consequently, it has been proposed that HLA should play a role in CRPS. Genetic studies have also identified polymorphisms in the TNF-α gene and in the angiotensin converting enzyme gene, but no conflicting results have been found with the latter.

It has been seen that Complex Regional Pain Syndrome Type 2 is a condition of chronic pain that usually occurs after a traumatic event. The certain origin of the disorder remains to be ascertained, even if several pathogenetic concepts have been proposed, including: autonomic dysfunction, neurotonic inflammation and changes in the neuroplasticity of the CNS, all still under discussion. However, current evidence shows that this problem could have a multifactorial or origin.

It refers to an alteration of the sympathetic nervous system. It has been suggested that its degree depends on the stage in which the syndrome is found. This suggests the existence of inhibition of sympathetic vasoconstrictor neurons, expressing lower levels of noradrenaline in the affected limb than its counterpart. This triggers vasodilation and the chronicity of this condition allows vasoconstriction. This chronicity contributes to a redistribution of blood flow through the arterioles, causing inadequate capillary nutrition, which results in hypoxemia and acidosis. These alterations can produce free radicals, which cause histopathological alterations from oxidative stress.

A rather common feature is the increase of α-adrenergic receptors in the skin of patients with Complex Regional Pain Syndrome Type 2, the activation of which causes a consequent increase in the release of noradrenaline, which in turn produces hyperstimulation of nociceptive fibers causing pain and hyperalgesia.

In 2007, the IASP published a revision of the clinical diagnostic criteria called “Budapest Criteria”. To meet these criteria there must be regional pain that exceeds a dermatome or a single nervous territory, continuous or evoked pain of disproportionate intensity and/or duration compared to the trauma or injury that caused it, and that is associated with a series of symptoms and signs of sensory, motor, vasomotor, sudomotor and trophic disorders. Symptoms and signs may vary according to the time of evolution of the syndrome. There are other approaches to diagnosis.

In addition, electrical stimulation of mechanically insensitive nociceptive fibers, characterized by a large threshold of electrical excitation and innervation of large areas, may be the cause of secondary hyperalgesia. In studies, low-frequency stimulation caused mechanical hyperalgesia and hypoesthesia, while high-frequency stimulation generated hypoalgesia and hypoesthesia. It has also been found that pain itself can trigger inhibitory mechanisms that develop hypoalgesia; this type of pain relief is known as “counter irritation”.

This hypothesis suggests an underlying cause in muscle, bone and perineural microvasculature, causing ischemia and subsequent inflammation that results in persistent abnormal pain.

Laboratory tests have shown that the stationary state of inflammation due to partial or intermittent ischaemia has ended up causing endothelial dysfunction, which would explain the increase in constriction, tissue hypoxia, metabolic acidosis and increased permeability to macromolecules. Chronic ischaemia can also lead to a state of capillary “no-reflow” in which the decrease in the vasal lumen is not only functional, but also physical; this may also explain why some patients, after undergoing a sympathetic block, do not improve.

Neuroplasticity understood as a declining effect in response to pain can be diagnosed as a possible cause of CRPS is attributable to the central nervous system. In fact, it is currently known that chronic pain can create a change in the cortical representation of the affected area, particularly the representation of the affected area or limb in the somatosensory cortex which is relatively small compared to the healthy limb.

Spinal neurons may increase their sensitivity as a response to nociceptive bombardment caused by autonomic changes. A reorganization of the primary somatosensory area can be generated in supraspinal space, as in amputees, as demonstrated by MRI; for this reason, it is said that peripheral, spinal and supraspinal nociceptive cortical processing scales are involved in the genesis of

It is recognized that this pain-induced neuronal plasticity causes hyperalgesia but can also cause hypoalgesia and hypoesthesia.

In recent years, there have been several studies concerning an alteration of the interconnections of different brain regions in patients with CRPS. This is based on a previous research on chronic pain that demonstrated a spatio-temporal disturbance of functional connectivity at rest, also known as DMN (default mode network), which shows an increase in widespread interconnections, unlike control groups. These areas show a correlation proportional to the intensity of pain experienced by patients.

Since pain can interfere with the processing of afferent signals that contribute to the sense of positioning and the mental image of the affected limb is distorted in patients with CRPS, proprioception may be significantly affected. There are observations that these patients need to look carefully at their affected limb to control movements, allowing them to compensate. However, further and better studies are needed to have consistent evidence, since the only significant fact that has been found is a spatial representation area of S1 lower on the side of the affected limb, unlike its healthy counterpart or in control groups.

The onset of clinical manifestations can be hours or even months after the harmful event, typically include a triad of autonomic, sensory and motor abnormalities. Common physical alterations.

Other symptoms that are quite common in patients with CRPS are autonomic changes, often including early onset distal oedema in about 80% of cases, as well as changes in skin colour and temperature, which becomes reddish and hyperemic (it has a temperature one degree higher than the rest of the skin of the other limbs), Among these alterations we can find distal edema at early onset (in its soft and congestive form) up to 80% of cases, as well as changes in color and temperature of the skin, which is reddish and hyperemic (≥1 ° C compared to other limbs). There are also sub-motor phenomena, such as hypohidrosis or hyperhidrosis (the latter is the most common); there are also trophic alterations, which can appear as excessive hair growth, thin nails, skin atrophy, evidenced by the appearance of a “bright” skin, thinning of the epidermis and muscular atrophy, and contractures. Finally, another alteration present in some cases is bone atrophy, which may be associated with osteoporosis.

The main and most common symptom is pain, which is described as burning or pungent. It is usually perceived as deep rather than superficial pain. It can be exacerbated after temperature changes, exercise or episodes of stress and/or anxiety, and there have been cases where it increases at night. Among these, the most important is muscle weakness; other manifestations of this category are the essential tremors in the affected limb, myoclonus and dystonia, which is most frequently observed in patients with complex Regional Pain Syndrome Type 2.

It is important to remember that the manifestations may change depending on the location of the condition. Proximal and deep joints suffer from reduced function.19 This differs from other neuropathic syndromes in the presence of edema, vasomotor and sudomotor changes, as well as an orthostatic component that decreases in intensity when the limb is lifted, and increases when it is held down. CRPS was thought to have a temporal progression of symptoms; however, this idea was rejected by the International Association for the Study of Pain (IASP).

Treatments. Pharmaceutical options for the treatment of CRPS

Once the most common causes and symptoms of this pathology have been identified, all that remains is to question which treatments are the best and most successful.

In recent years, bisphosphonates (BP) have been the most studied pharmacological agents for the treatment of CRPS (20). BP is a powerful inhibitor of osteoclastic activity and is widely used in the management of osteoporosis and other metabolic bone diseases.

It should be considered that the potential beneficial effects of BP in CRPS are not necessarily related to their good anti-resorptive activity, but to a more complex interaction between these drugs and the pathophysiological events that trigger and maintain CRPS. Several studies have demonstrated the effectiveness of these drugs compared to placebo for the treatment of CRPS.

In CRPS, fragmentary osteoporosis due to hyperactivity of osteoclast is a common discovery, but the role of osteoclast activation in this condition is not well understood. The main mechanism of action of PA is the inhibition of osteoclast activity and, consequently, bone resorption. A secondary action of these molecules could be interference with the inflammatory and nociceptive pathways in CRPS.

Based on these results and data available from clinical studies, there is sufficient evidence to support the use of bisphosphonates and in this case neridronate as a first-line drug in the management of Complex Regional Pain Syndrome Type 2 in clinical practice.

Used for a variety of bone disease disorders, the effectiveness of neridronate is due to its action on bone metabolism. In fact, neridronate is the only treatment approved by a national regulatory agency (Agenzia Italiana per i Medicinali, AIFA) for the treatment of CRPS and should be considered a first choice drug.