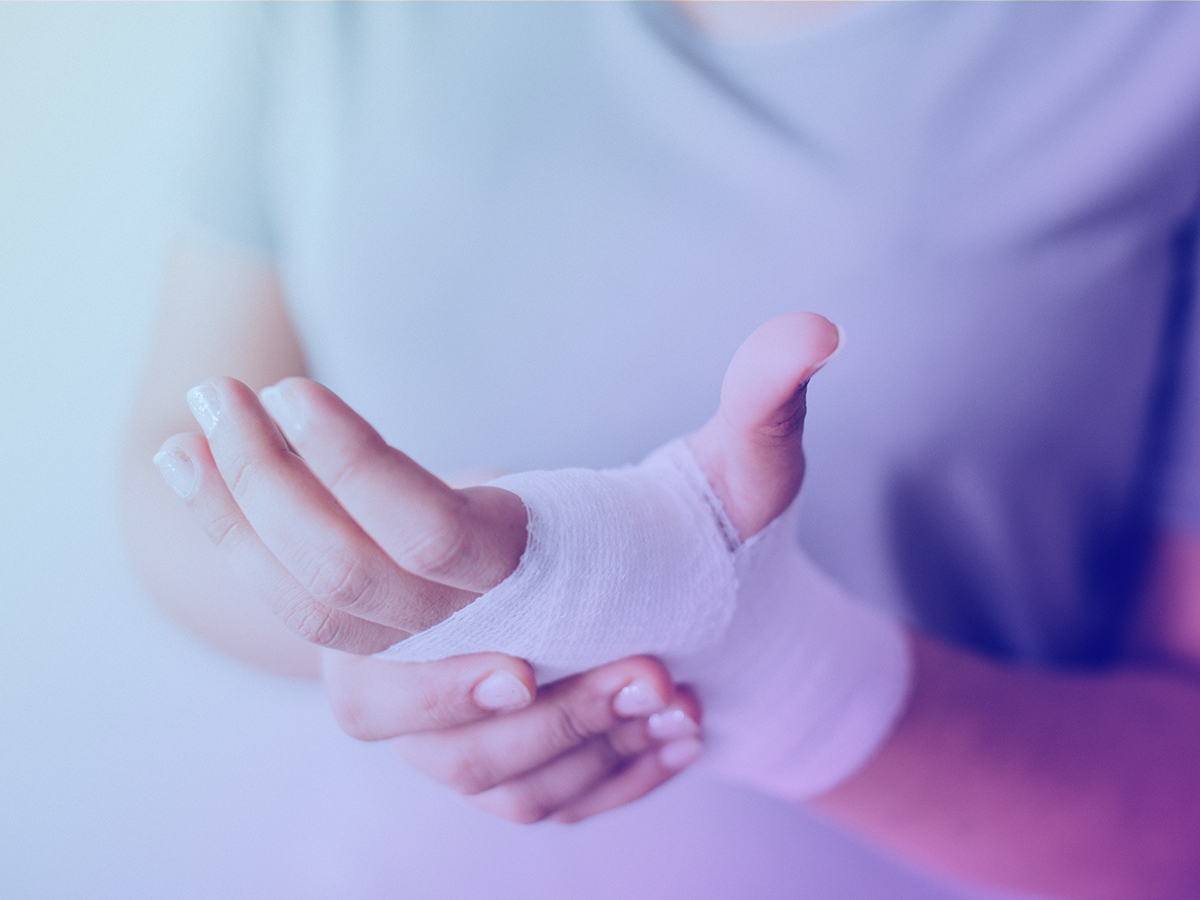 CRPS – RSD: what are the effective treatments?

If you have chosen to browse this site, it might be because yourself or a loved one have probably experienced symptoms that suggest the possibility of having contracted CRPS – RSD.

You may have already consulted a doctor but would like to know more about the disease, its causes, the symptoms and effective treatments. We are here to answer your questions.

First of all, there are different levels of CRPS/RSD, a disease that can occur as a result of different factors and circumstances and that is easily misdiagnosed due to the similarity of its symptoms with other diseases (e.g. osteoporosis).

It is therefore necessary to question what CRPS/RSD is, first and foremost.

CRPS/RSD what is it?

CRPS/RSD is a chronic neuroinflammatory disorder. It is classified as a rare disorder that occurs when the nervous and immune systems abnormally respond to physical trauma through tissue damage by sending constant pain signals to the brain. It usually occurs following a musculoskeletal injury, nerve injury, surgery or immobilization. Despite the lack of clarity on the causes of CRPS, theories have recently been formulated regarding the possible causes of the pathology, including the presence of neurochemical norepinephrine in the patient who over-activates the pain sensors for no apparent reason, or as an excessive reaction to an injury. This inflammation damages the nerves of small nerve fibres and allows the immune system to trigger the mechanisms of pain.

However, this is not the only cause and doctors seem to be certain that there are other factors that trigger CRPS.

Can CRPS be cured?

In most cases, CPRS is a permanent condition. When the condition is diagnosed and treated in advance, there is a possibility that it may disappear permanently. However, in most patients the aim is to reduce pain and slow down the existing symptoms. One of the most effective treatments that has seen a high number of patients recovering is the administration of neridronate.

Neridronate is a third-generation amino-bisphosphonate. Several pharmacological and clinical studies are already available in the literature, which place neridronate as very well tolerated even at high dose levels.

Officially approved as a treatment for complex regional pain syndrome in Italy, neridronate can be administered both intravenously and intramuscularly and is a valid option for the treatment of CRPS with contraindications to the use of oral bisphosphonates and for cases with contraindications or inability to receive intravenous administration of these drugs. Furthermore, although the official authorised use of neridronate is limited to only 3 bone diseases, many experimental and clinical studies confirm the logic of its use and demonstrate its efficacy in other pathological bone conditions characterised by alterations in bone remodelling.

Biphosphonates are molecules with a structure similar to inorganic pyrophosphate. The task of inorganic pyrophosphate is decisive in preventing the calcification of soft tissues and in regulating the processes of bone mineralization, whose action inhibits the formation, aggregation and dissolution of calcium phosphate crystals, and has as a biological effect the inhibition of osteoclastic-mediated bone resorption. Therefore, bisphosphonates are widely used in treatments for bone diseases characterized by increased osteoclastic activity, such as CRPS.

Numerous in-vitro studies have confirmed the inhibitory effects of neridronate on osteoclastogenesis and osteoclast activity. The direct effects of neridronate on the recruitment of osteoclasts, the proliferation of osteoclasts and activity result in a significant improvement in patients through morphological alteration in the treated cells which has seen a reduced number of vacuoles and mitochondria and the absence of ruffled edges, characteristic of functionally altered cells.

Although the main mechanism of action of BP is to inhibit recruitment, differentiation and activity of osteoclasts, these drugs have been reported to modify bone metabolism through effects on other bone cells, such as osteoblasts, in many studies, although the results have varied.

Why using neridronate: the case study of 2014

The beneficial effects of neridronate led to its approval in Italy as a primary treatment for CRPS, in fact the usefulness of neridronate was evaluated in 2014 in a placebo-controlled and randomized study performed in 82 patients with CRPS lasting less than 4 months, undergoing four 100 mg neridronate infusions on 10 days. Similar to other studies observed, the placebo arm was exposed to the same intervention after 50 days. Of the studies discussed, this was the first study to diagnose patients according to Budapest criteria. The main pain score from VAS in the neridronate treatment group was significantly reduced in the first 20 days, more dramatically to 40 g.

The constant pain and disability associated with CRPS/RSD require, as we have already seen, a coordinated, interdisciplinary and patient-focused treatment in order to achieve pain reduction and cessation and improved functionality.

Recent studies have shown that early diagnosis is the key to achieving the best results. Despite this, it has been found that CRPS/RSD diagnosis is not easy and that many patients seek the cause of the symptoms mentioned for a long time. Another factor that does not simplify the diagnosis of CRPS is the excessiveness with which patients declare pain, which far outweighs the actual perception of it. This does not facilitate the path of diagnosis and subsequent treatment of the disease.

How to verify that it is CRPS

In order to be able to talk about CRPS, it must be borne in mind that there is not a single diagnostic tool, but several factors such as the patient’s medical history, clinical examinations and laboratory results. Any other pathology must be excluded, which is not easy because the symptoms of CRPS are very similar to other diseases such as osteoporosis.

The most common symptoms in people with CRPS are:

A constant and exaggeratedly higher pain than the severity of the lesion in the affected area;

Perception of pain with feelings of cold, burning and/or increased sensitivity in the skin;

Initial injury or traumatic event, such as a sprain, fracture, minor surgery, etc., that should not cause such deep pain or pain over a long period of time;

Perception of the increasing (moderate to severe) pain associated with allodynia, i.e. pain from something that should not cause pain, such as touching clothes or taking a shower;

Unusual swelling in the affected area;

Abnormal growth of hair and nails in the affected limb;

Abnormal skin temperature. Variation of one degree from one side of the body to the other;

Abnormal sweating of the affected area

Motor difficulties of the joints of the affected part of the body;

There is not yet a target group of people affected by CRPS, but it can be said that CRPS affects women more frequently, and there is an increasing number of children and adolescents.

Only a small percentage of people with CRPS cannot heal at all. An estimated 50,000 new cases per year are reported in the United States alone and between 2 and 5% with peripheral nerve injuries and 12-21% with partial paralysis develop CRPS as a complication.

In some cases, CRPS may occur spontaneously, but usually occurs after an injury, such as a fracture. Rare cases see patients develop CRPS after a stroke, heart attack, surgery or other conditions.

As we have seen, the keys to diagnosis for CRPS are hyperalgesia, i.e. pain that is greater than the severity of the lesion, hyperesthesia, i.e. greater epidermal sensitivity to stimuli, allodynia, which consists in the perception of pain due to an event that does not cause it, and the protraction of pain for a long time even after the lesion has healed.

This is due to a malfunction of the patient’s’ nervous system, but today it is difficult to understand the cause of this dysfunction.

Patients experienced less allodynia, hyperalgesia, edema, decreased use of relief drugs and improved range of motion at 40 days. Following this treatment, follow-up data at 7-14 months showed that patients did not relapse and their symptoms improved.

This is just one of several trial cases that has brought excellent results in patients with CRPS and a consequent improvement in them.

On the basis of these data, resulting from the research of a sample of cases, it can be stated that the clinical trial on neridronic acid is extremely important and unique. It is important because it does not only covers the symptoms, but can actually reverse and treat CRPS altogether. This is probably due to the action of neridronate on bone metabolism, a curative action that makes bisphosphonates an emerging strategy for the treatment of complex regional pain syndrome.

Some researchers have found the central role of bone as a cause triggering the early stages of the disease, which is why the use of neridronate is so effective. In fact, it has been seen that a fracture or trauma can cause microfractures, and surgery involving the bone can be an inciting cause in most CRPS patients. Secondly, CRPS is very often diagnosed in postmenopausal women and this is associated with osteoporosis, i.e. in patients who are more likely to suffer from bone fractures. often suffer from fractures from fragility.

In addition, CRPS is consistently reported in patients with clinical disorders characterized by skeletal fragility, with a high propensity to fracture. Almost always bone scintigraphy and sometimes magnetic resonance imaging (MRI) show a specific pattern in the early stages of the disease, consistent with an evident bone involvement.

In these cases, bone loss appears rapidly after the onset of CRPS, and is so quantitatively significant that it cannot be justified by an osteoclastic-mediated process alone. Possibly, a hydroxyapatite chemical dissolution related to tissue hypoxia, an anaerobic glycolysis increase and, finally, a low local pH that exceeds local buffering.  In addition, peptidergic fibers that innervate both the mineralized bone and the bone marrow can retrodromically release neuromediators, such as the substance P and Peptide related to the calcitonin gene, which are detected at high levels in CRPS and are able to trigger and maintain a microvascular disorder found at any level of the disease tissues. Taking into account the above, the use of bone targeting drugs in CRPS such as neridronate appears to have an effective long-term effect.

All these reflections support the hypothesis as it has already been seen that bone plays a central role in the pathogenesis of CRPS and that bisphosphonates could be effective in the treatment of CRPS, provided appropriate molecules and dosage regimens are used.