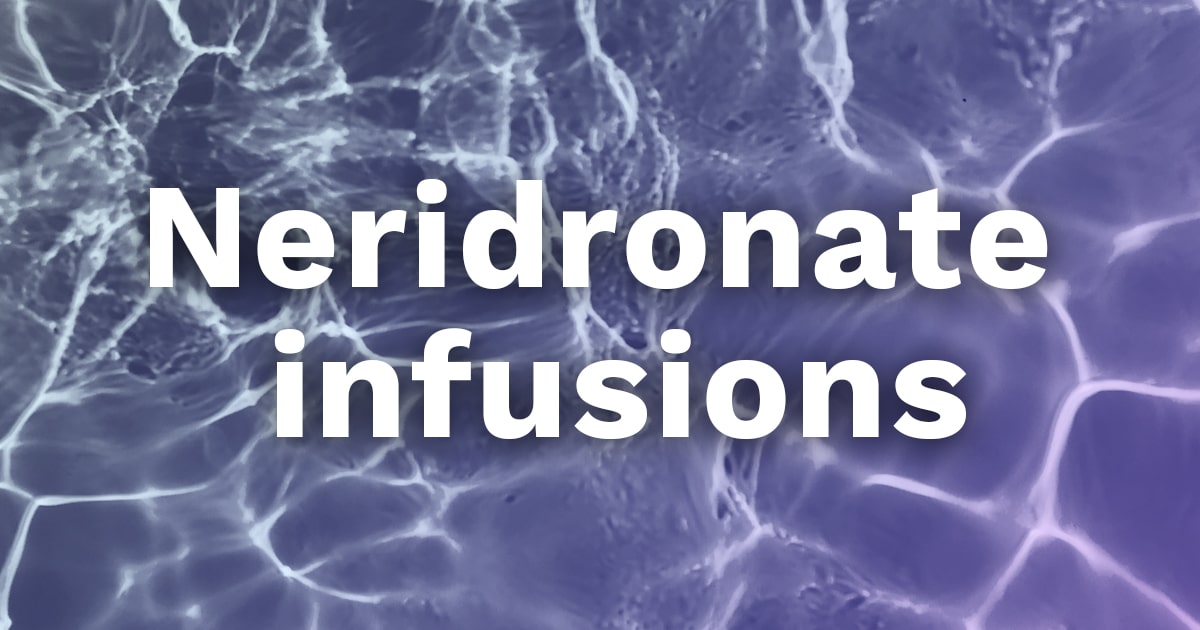 How did Neridronate infusions become the treatment of choice for CRPS

In this small essay we will briefly describe Neridronate infusions and how this treatment became the treatment of choice for CRPS in Italy.

Neridronate is a bisphosphonate of third generation that has been used for a couple of decades in the treatment of rheumatic conditions like, for example, Paget’s Disease of Bones or Osteoporosis. Like it happens with all the other drugs from the same class, the mechanism that moves its effects is currently being studied but, at this point, we know that it works on a cellular level.

As we know by now, Complex Regional Pain Syndrome is a condition that usually occurs after a trauma but, most importantly, it is often connected to the use of a cast or some type of support. These devices might not allow a correct blood circulation and, consequently, the healing of the damaged area. This means that, even if the damage did not originally affect the bone area, the incorrect exchange of substances promoted by the blood flow can cause the nerve to respond with an inflammatory reaction.

Neridronate inhibits bone resorption reducing the dispersion of calcium in the extracellular areas. Thanks to this effect, the nerves detect a healing of the affected area and, within a few months, the symptoms of CRPS gradually fade away promoting a remission from this condition.

Neridronate on the other hand, was tested on a larger scale in a double-blind placebo-controlled study. After 50 days, the patients that underwent the placebo, took the actual drug. As we see in the picture here below, the VAS scores (Visual Analog Scale, that measures the pain) decreased significantly in both groups of patients within the first 20 days. After 40 days, however, the group that took the placebo did not experience any improvement, while the group that underwent the infusions continued in benefitting from it. Moreover, the “active” group showed a significant improvement in their everyday life. During the open-extension phase in the placebo group, the results from the infusions were like the ones seen in the active group during the blind phase. What is most important is that, after a year since the treatment, none of the patients where showing symptoms associated to CRPS. 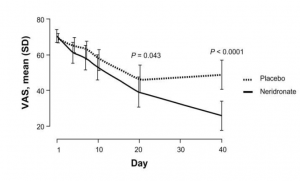 These results provided conclusive evidence that the use of Neridronate infusions are directly linked with relevant and persistent benefits, making it the treatment of choice for CRPS. Contrary to other bisphosphonates, it is the only one that is officially indicated for this condition not only treating the pain but affecting the roots of it. Thanks to its safety and complete absence of side effects on the long term, it is also possible to use it on children and newborns, which opens to unique chances for the young warriors battling this condition.

Get in touch with one of our Patient Care Coordinators, who will explain everything step by step. You will start with the evaluation of your case, and, once the doctors have confirmed your eligibility, you will be able to create a personalized package, adapted to your needs, side by side with your Coordinator.