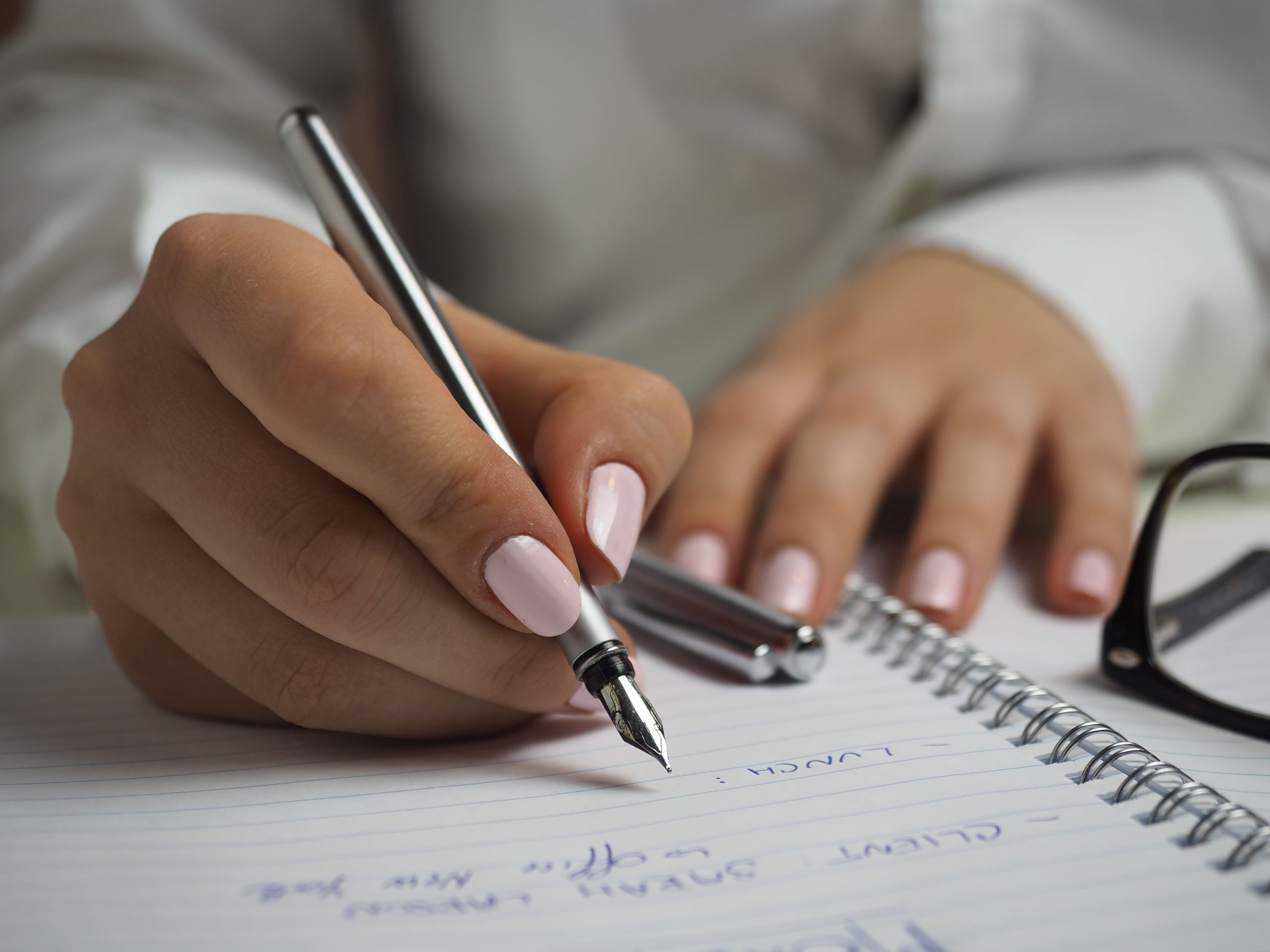 Chronic regional pain syndrome (CRPS) is a neuropathic pain syndrome that is characterized by a particular sensitivity in both the peripheral and central areas of the body. The diagnosis of CRPS is not easy and recently the Orlando criteria in 1993 and the subsequent Budapest criteria in 2003 have attempted to provide a more useful and stable diagnostic framework.

The Budapest criteria place the diagnosis from CRPS as a diagnosis of exclusion indicating the great confusion that characterizes CRPS today.

It is important to establish universal criteria to enable safe diagnosis to be made within a short period of time in order to develop appropriate and effective treatment. This step undoubtedly improves the therapeutic treatment aimed primarily at alleviating pain.

In fact, pain specialists, neurologists and many other clinicians often have to deal with issues related to a chronic pain condition that involves a central sensitization and is not easy to treat.

Commonly neuropathic pain involves the processing of the aberrant neural signal that can make the feeling of pain even more intense and cause pain apparently unrelated to the original nerve injury.

The symptoms of CRPS and the complexity of its diagnosis often call for the Budapest criteria to be used to clarify its diagnosis.

Before the approval and dissemination of the Budapest Criteria, the spread of pain medicine as a specialty and a growing awareness of pain mechanisms, CRPS was an unclear condition for the subject who was affected. Among the complex diseases, CRPS is a widespread and poorly defined condition and it is not by chance that the Budapest criteria are often used to have greater clarity about its diagnosis.

Therefore, far from a clear understanding of the true nature of CRPS, it becomes rather difficult to make an effective diagnosis, which is why it is preferable to use the Budapest criteria to trace a certain diagnosis.

The historical literature concerning the Complex Regional Pain Syndrome (CRPS) reflects an array of idiosyncratic diagnostic schemes. In response, an international meeting was held in 1993 in Orlando, Florida to develop consensus terminology and standardized diagnostic criteria to make clear the  clinical recognition of the disorder and make simple the selection of more generalizable research cases. Since publication of these consensus-based criteria by the International Association for the Study of Pain (IASP), the extent of their use in the clinical setting is unknown, but their application in the research setting has been shown to be inconsistent.

Despite the inherent advantages of standardized recognized diagnostic Budapest criteria for CRPS, it has been a good idea  that a lack of proven validity may be a barrier to their use by researchers and clinicians. Incomplete understanding of CRPS pathophysiology and the resulting lack of an important standard test make the design of validation studies more challenging. Studies conducted to date suggest that the IASP criteria for CRPS suffer from a lack of specificity. That is, while the IASP criteria may accurately identify most cases of CRPS, they also tend to make a difference with the  non-CRPS neuropathic pain conditions as CRPS, potentially contributing to extra diagnosis and either not adequate and not appropriate treatments. This specificity results from the fact that the IASP CRPS criteria can be met solely based on self-reported symptoms (which can be historical), and the use of overly liberal decision rules; for instance requiring the report of edema and pain seemingly out of proportion to the injury as sufficient to make the diagnosis. Failure of the IASP criteria to incorporate motor and trophic features commonly associated with CRPS also may adversely impact diagnostic accuracy.

To address these limitations, an international consensus meeting was held in Budapest in 2003 to review issues related to CRPS diagnosis with the goal of recommending improvements to the IASP criteria.

The proposal to change diagnostic criteria for CRPS, the Budapest criteria was based on empirically criteria. Research evaluating these  criteria since their publication in 1999 indicates they result in improved diagnostic consistency between clinicians compared to existing IASP criteria. Moreover, these modified criteria result in less frequent diagnoses of CRPS, potentially reflecting improved specificity. However, no published studies have yet directly compared the current standard IASP criteria to these proposed Budapest Criteria  diagnostic sensitivity and specificity.

Diagnosis by CRPS according to Budapest criteria

Historically, the diagnostic criteria established by individuals and based largely or entirely on their personal experiences have never reached any form of standardization or accepted by the medical community.

But in the case of CRPS, a different situation arose because it was a disease in which patients presented with a chronic form of neuropathic pain affecting the peripheral area of the nervous system.

The condition known as CRPS has been diagnosed by a multiplicity of diagnostic criteria established by individuals who find their basis in the experience of the individual.

These diagnostic criteria were accepted by the medical community only after the official recognition of CRPS as a pathology of 1994 which saw the start of research processes for the aforementioned disorder.

In fact, only in 1994 was a consensus meeting of experts approved, which officially recognized the complex regional pain syndrome as a pathology.

The common symptoms of patients were chronic neuropathic pain involving peripheral and central areas, symptoms that in some cases were accompanied by edema, asymmetric skin temperature and different coloration between the side of the limb affected by CRPS and the side not affected, and trophic and motor symptoms.

These patients were often affected by a feeling of intense pain, and in many cases it was not easy to trace the origin of the pain.

To date, the epidemiology of CRPS is not clear.

In a retrospective cohort study conducted between 1995 and 2005 on several patient samples, a large amount of data was collected that presented common information on the causes and symptoms of this disease.

Patients generally have severe and continuous sensations of intense pain in the part of the limb where there is an injury or has undergone surgery. Pain is often accompanied by sensory, vasomotor, sudomotor/edema and motor/trophic symptoms. These symptoms may vary during the course of the disease. Patients may experience excessive sensitivity to painful and painless stimuli (hyperaesthesia and/or allodynia), different skin temperatures between the affected and opposite parts.

The affected limb may be altered, have swelling and symptoms of motor dysfunction such as loss of autonomy of movement, tremor and dystonia.

Patients may present changes in hair and nail growth in the affected areas, tremor, dystonia.

By determining the most important mechanism in relation to the Budapest criteria, specific therapies can be used to treat these disorders.

In most patients, especially those with warm (acute) CRPS, inflammation is the most important mechanism. All other mechanisms are a result of the ongoing inflammation.  During the course of the disease, the inflammation disappears in some of the patients, resulting in different forms of restorative damage.

In analysing the diagnostic efficiency, the IASP criteria have been estimated as criteria written and commonly applied in clinical practice, which means that they can be met by the presence of symptoms and signs reported during the physical examination.

Budapest Criteria: how to recognize them

Once the criteria for diagnosing CRPS have been officially established as Budapest criteria, the treatments should also be treated.

Effective treatment options in CRPS are limited and consist of both non-invasive and invasive therapies. Physical rehabilitation and physiotherapy reduce pain and improve function in patients with CRPS, and in addition with them medication can be started.

The choice of medication should be on Neridronate.