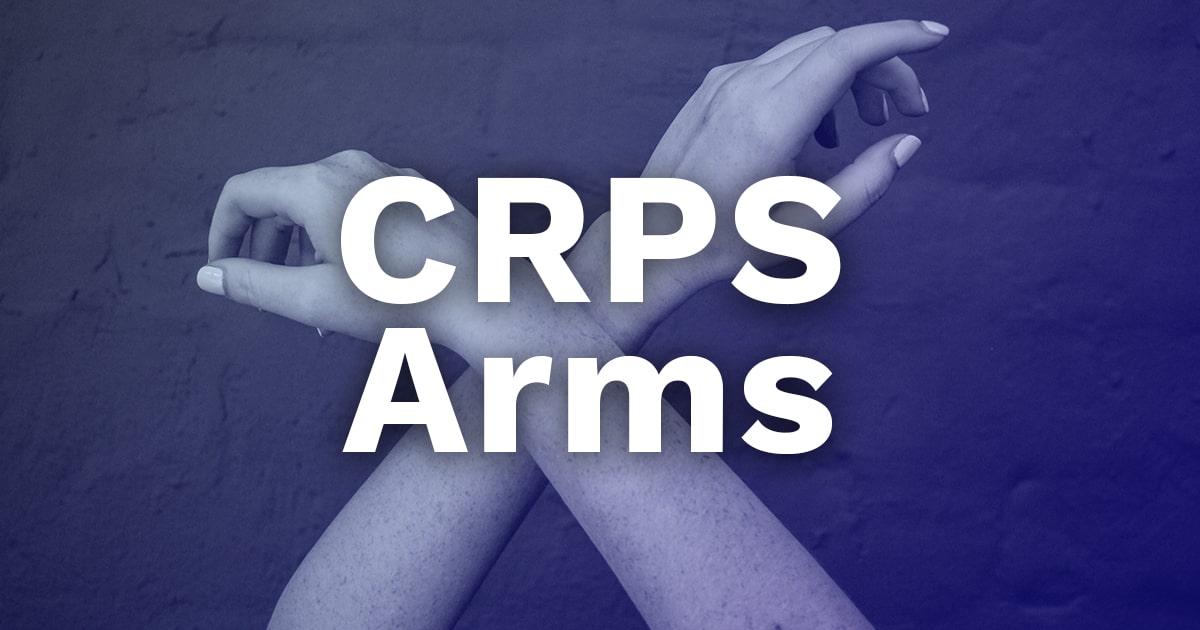 CRPS in the arms, the most frequent -but most easy to solve- situation.

CRPS on the upper extremities (arms, hand, wrist, elbow, shoulder) is the most common to occur in the totality of patients diagnosed with this condition: 60% of cases affect this part of the body. As it generally happens with CRPS, middle-aged women are more likely to get affected compared to men and, again, surgery seems to be a major cause of this condition, especially when it hits the hands and wrist area.

Surgeries, broken limbs, fractures and sprains are common triggering events that lead to this painful condition. Compared to CRPS affecting the lower limbs, however, this condition might have a slower development and it might not spread as easily. This is because the arms are less affected by the posture and less under stress while moving. When this condition spreads, for example, to the other arm, it is more likely to be a psychological consequence (in fact, mirror therapy is most effective in pain management when aiming the upper limbs) or a consequence of heavy pain management drugs.

Another interesting fact is that most of the time, when CRPS affects the hand or wrist, it clearly shows its symptoms, so there are fewer possibilities of misdiagnoses. Complex Regional Pain Syndrome comes with very specific symptoms and, among these, there can be nails and hair abnormal growth, asymmetry in the temperature between the two upper limbs, intense sweating other than, of course, pain. These symptoms are almost always recognizable when in the upper limbs and, if they are absent, a patient should really consider a second opinion.

As a matter of fact, the trials that would like to minimize errors by avoiding cases of misdiagnosis that might contaminate the results, usually take patients with CRPS on the feet or the arm. Other parts of the legs are often not considered because they usually don’t show a clear case of CRPS. This has happened, for example, in the trials with Neridronate in Italy, where they only took recently diagnosed patients with CRPS affecting arms or feet.

A Patient with CRPS affecting the arm, in conclusion, should be reassured: there is a wide range of pain management treatments available and it is very difficult to misdiagnose. As always when it comes to this condition, a multidisciplinary approach is vital and can really help to obtain remission: Neridronate infusions sided by a rehabilitation program (especially in long-lasting cases) can change a person’s life, without the need of pain management drugs.