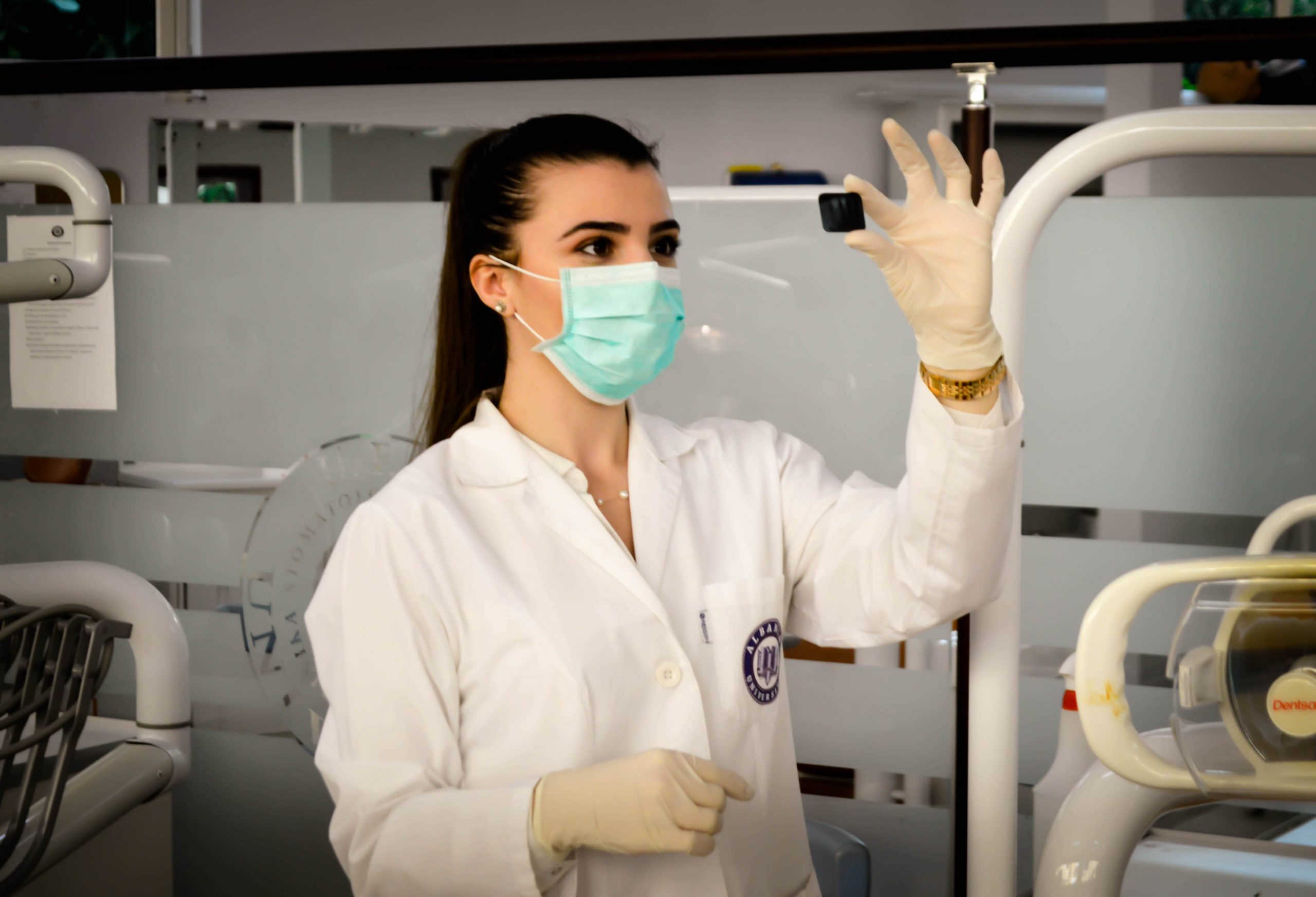 Complex Regional Pain Syndrome (CRPS) is the term used to describe CRPS I and CRPS II. Type I CRPS describes regional sympathetic dystrophy (RSD) and can occur without a certain nerve injury. Type II represents causalgia, which involves cases where a defined nerve injury has occurred. The taxonomy for crps syndromes was developed in 1994 by the International Association for the Study of Pain (IASP) and was introduced based on the patient’s history, symptoms and test results. The word set was chosen to represent the various clinical presentations of crps syndromes.

The primary characteristics of the crps include motor, trophic and sensory changes, usually in a peripheral limb following some form of trauma to the region. Some features include persistent pain at levels disproportionate to the lesion, evidence of edema and changes in blood flow and motor activity.

The clinical picture of type I CRPS has been described as follows: from sprains, contusions, contusions, soft tissue trauma, fractures or surgery of the affected limb.

Further incitatory events may include stroke, myocardial infarction and shingles. Although CRPS is usually associated with trauma, it has been reported that no precipitant can be identified in ten percent of diagnosed cases. Sensory changes appear more commonly early. Physical examination may reveal hypersensitivity to light touch and pinprick testing. Autonomic abnormalities of swelling, hyperhidrosis and skin blood flow are reported as common diagnostic criteria. Temperature differences have often been used to describe the temporal aspect of the crps syndrome. Acute presentations have been described as having symptomatic limbs warmer, while chronic patients are described as having a cold final stage. Others who have not found temperature changes as a reliable indicator of the disease stage have contested this time classification. Other commonly reported findings include muscle weakness, joint stiffness, accurate compromised movements and symptom severity disproportionate to trauma and regional osteoporosis in chronic patients.

As noted above, type II CRPS occurs following a traumatic peripheral nerve injury. All symptoms are very similar to those of type I CRPS, including extreme hypersensitivity, swelling of the distal limbs and symptoms that spread beyond the distribution of peripheral nerves.

A 44-year-old woman went to a chiropractic clinic with swelling on the back of her right hand, and pain in her right shoulder and elbow. According to the patient, the symptoms had been present for several weeks and were of insidious onset. During the following month, the patient developed a progressive weakness of her right hand and wrist and had difficulty performing daily activities such as brushing her hair and teeth and writing. She also reported occasional paresthesias to her right hand and right arm. The swelling persisted and the patient noticed that the affected hand had reduced the range of motion and increased the temperature compared to the asymptomatic hand. At the time of the initial examination, the patient gave a nine-tenths assessment of her pain. The significant side of this episode is that the patient was postmenopausal from the age of 39. *

At the initial examination, there was a visible swelling in the wrist and right hand. All intervals of movement of the right wrist were reduced by 50%. The gripping force was 4 kg and 23 kg in the right and left wrists respectively. Neurological examination of the upper limbs was irrelevant. Cervical flexion, left rotation and right lateral flexion were significantly decreased.

X-rays of the right wrist revealed generalized osteopenia in carpals, distal radius and all five proximal metacarpals. Patchy osteoporosis was evident in all right carpodes. The patient was referred to her family doctor for blood tests. The blood tests revealed anomalous results that led the doctor to refer her to a rheumatologist. The bone scan revealed increased activity in the metacarpals or carpal bones at the base of the first, second and third right metacarpals. There was a slight increase in nonspecific diffuse absorption in the remaining region of the right wrist and in the medial half of the right clavicle.

The objective of the treatment was to restore the biomechanics of the first rib, clavicle, sternoclavicle and lower cervical joint using spinal manipulative therapy. At the end of three weeks and 10 treatments, she returned to work full time and the pathology seemed to have almost disappeared. Acupuncture performed twice a month was associated with canonical therapy, together with chiropractic once or twice a week. After two months of treatment, the patient returned to her daily routine and habits and was able to garden and work full time.

A follow-up visit with the rheumatologist took place at five months. He reconfirmed the diagnosis, although he pointed out that it was an unusual presentation of the shoulder-hand syndrome. Due to the improvement of both hand and shoulder symptoms, he recommended the patient to continue the current therapy and exercises.

An evaluation at nine months after onset revealed that pain intensity levels had dropped to 1-2/10. Pain described as dull pain only in the right wrist and shoulder limited the range of motion of the cervical spine and shoulders. Palpation revealed slight hypertonicity of the right scalene and tenderness of the right clavicle and first rib. By that time, the wrist symptoms had improved significantly since the initial examination. The active and passive flexion of the wrist was full, while the active extension decreased by 30%.

At the one-year follow-up, the patient had a full range of motion of the cervix and shoulder. The right wrist movement ranges were full, with pain in the extremities and pain with passive wrist extension. The gripping force was equal to the bilateral force.

CRPS: How to diagnose it

Although the new taxonomy for CRPS has been in place for several years, it is clear that many doctors continue to be unfamiliar with the new terminology. Literature research has revealed the use of various synonymous terms including Sudeck atrophy, sympathetic reflex dystrophy, shoulder-hand syndrome, algodystrophy and CRPS. In fact, the taxonomy used often varies according to the country concerned, the patient’s specialization or preferred terminology. This confusion is due to the variety of diagnostic criteria applied and until greater clarity is achieved regarding the clinical presentation of CRPS, it is important that doctors continue to be very specific and complete in describing the clinical presentation of CRPS.

The lack of a standard test for the diagnosis of CRPS may lead to an erroneous diagnosis of this condition. As such, CRPS can be a difficult condition for both patients and physicians. Other neuropathic disorders, undifferentiated arthritis, rheumatism, inflammatory arthropathies and unilateral occlusive vascular disorders should be considered as possible differentials. In order to distinguish between the various diagnoses, the clinical results should not be examined separately. Taken together, the results quickly contribute to narrowing the differential diagnoses. Some of the radiographic results of CRPS include normal joint spaces and margins. This helps to differentiate CRPS from infection or rheumatoid arthritis. In addition, the clinical picture would be significantly different for all three diagnoses. Although the clinical results between CRPS and gout have different similarities, the radiographic results for both CRPS and psoriatic arthritis are not consistent with those of CRPS.

Several authors mention the misdiagnosis of dysfunctional postures such as CRPS type I, and that a multidisciplinary approach is needed for the diagnosis and treatment of both conditions.

In a prospective study, the symptoms and progress of many subjects diagnosed with CRPS were examined over several years. It was concluded that patients could not be divided into time stages according to the temperature of the affected limb. Instead, it was suggested that patients should be classified into predominantly hot or cold forms. On the basis of these considerations, it can be stated that the current diagnostic criteria requires that the following four criteria be met:

-The presence of an initial harmful event or a cause of immobilization.

-Continuous pain, allodynia or hyperalgesia with which the pain is disproportionate to any inciting event.

-Evidence at some point of edema, changes in skin blood flow or abnormal sudomotor activity in the pain region.

-This diagnosis is excluded by the existence of conditions that would otherwise explain the degree of pain and dysfunction.

Tests are important to provide information on autonomous, sensory and motor changes. Bone scintigraphy is useful for providing information on vascular bone changes, especially in later stages of the disease. Simple X-rays should only be taken in the chronic phase, when the state of bone mineralization can be assessed.

Not only has the taxonomy of this syndrome changed, but also the therapeutic approach has been significantly modified.

The pathophysiological mechanism of CRPS remains unclear to date, while the use of intravenous or intramuscular neridronate is one of the most successful methods of treatment.

More recently, there has been a shift towards restoring functional capacity instead of controlling pain as the primary goal of treatment. Physiotherapy is considered one of the key elements of this process. Physiotherapy is an important component of treatment, although aggressive therapy can be harmful in the early stages, when pain levels are high. Although a functional goal is to improve movement and joint strength, passive movements are often too painful and should be avoided in acute patients.

CRPS can be a severe and debilitating condition whose effects can be long-lasting. A key factor in the prognosis and recovery of patients with CRPS is early intervention focused on restoring functional capacity. Manipulative therapy serves to restore joint functions and can be effective in improving somatic dysfunctions associated with CRPS and other similar conditions.

Although the diagnostic criteria of CRPS has been met in this case, the true pathophysiology of the disease has yet to be fully understood. In order for doctors to make truly accurate diagnoses and treatment protocols for this group of patients, further investigation of therapies such as chiropractic, acupuncture, massage and exercise in relation to pathophysiology is necessary.