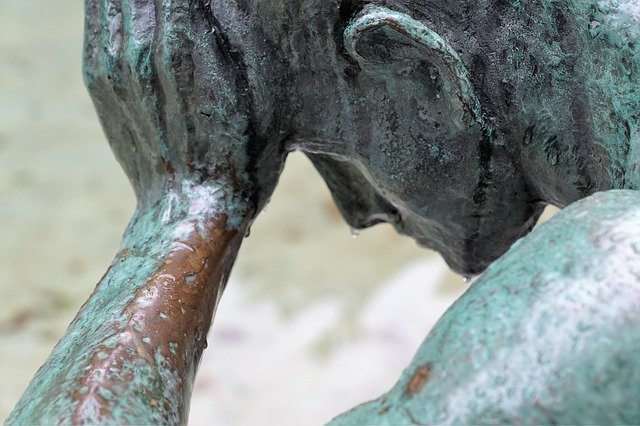 Physiotherapy, drug treatment and other therapies: how to relieve physical pain from CRPS

There are cases in which the CRPS patient does not see any improvement in the acute phase, which implies its becoming chronic, and a change in visible symptoms caused by the change in pathophysiology, especially body pain.

There are some case in which despite long treatments, the body pain remains because of the wrong therapy. The diagnosis is mainly clinical, although in complex cases further technical examinations are justified, especially because of the exclusion of alternative diagnoses.

In the initial phase, the pathophysiology  is dominated by a post-traumatic inflammatory reaction with the activation of the innate and adaptive immune system and chronic body pain. In particular, without adequate treatment, central nociceptive sensitization processes, reorganization and implicit learning processes develop, while inflammation is moderate. The main symptoms therefore include movement disorders, alternating skin temperature, sensory loss, hyperalgesia and disorders of body perception. Psychological factors such as post-traumatic stress or pain-related fear can influence the course and curability of CRPS. The treatment should ideally be adapted to the pathophysiology. Pharmacological treatment might be particularly effective in acute phases and includes steroids, bisphosphonates and cream dimethyl sulfoxide. Common antineuropathic body pain medications may be recommended empirically. Important components of treatment include physiotherapy and occupational therapy, including behavioural therapy (e.g., graduated in vivo exposure and graduated motor images). If psychosocial comorbidities exist, patients should be adequately treated and supported. Invasive methods should only be used in specialized centers and in carefully evaluated cases. Considering these fundamental elements, CRPS often remains a chronic body pain disorder, but devastating cases should become rare.

The development of CRPS after surgery is a major cause for concern as it complicates post-operative management and has significant clinical ramifications. As such, rapid diagnosis and treatment are needed to prevent swelling, atrophy, osteoporosis, pseudoarthrosis, joint stiffness and tendon adhesions. Operating procedures of the shoulder, distal radius, carpal tunnel and Dupuytren contracture have been shown to be associated with the manifestation of CRPS. The incidence of CRPS following shoulder surgery, distal radius surgery, carpal tunnel surgery and Dupuytren contracture is very high.

Studies investigating the incidence of CRPS following orthopaedic surgery have been limited, making it difficult to make a reliable estimate of the actual prevalence of this syndrome. In addition, the results of most of these studies are highly susceptible to type I error due to the lack of a diagnostic standard in the diagnosis of this condition.

Among the most common causes seem to be fractures, not by chance according to a study conducted on a sample of patients a high percentage of them had achieved CRPS following fractures or bone injuries cause of body pain.

It is therefore clear that the incidence of CRPS varies from case to case. The clinical results of the limb affected by CRPS reveal pain, body pain, edema, erythema, temperature increase and impairment of function. Tissue trauma generates the release of pro-inflammatory cytokines such as interleukin and tumour necrosis factor alpha, which together with neuropeptides increase vasodilation and plasma extravasation, generating the typical characteristics of acute CRPS type II. According to clinical analysis, the manifestation of acute CRPS and body pain is thought to be due to an exaggerated inflammatory response to trauma, to which the patient’s body reacts with pain, edema, erythema, temperature increase and impairment of function, the five characteristic signs of inflammation. Moreover, the original neuronal damage is thought to be one of the major and decisive triggers of both types of CRPS I and II. This theory has been supported by studies that have revealed that a decrease in the density of neuronal fibers implies an increase in aberrant fibers of unknown origin whose dysfunction is attributable to the feeling of excessive pain.

As a result of tissue damage and/or neuronal lesions, body pain, alterations in the central and peripheral nervous system lead to increased inflammation and greater reactivity to pain. These adaptations act as protective mechanisms to promote the prevention of activities that cause further injury. Within the central nervous system (CNS), persistent and intense noxious stimulation of peripheral nociceptive neurons causes central sensitization. As a result, there is an alteration in nociceptive processing in the CNS and increased excitability of secondary central nociceptive neurons in the spinal cord. This is mediated by the release of neuropeptides such as the substance P, bradykinin and glutamate from peripheral nerves, which sensitize and increase the activity of local peripheral and central secondary nociceptive neurons with a consequent increase in pain from harmful stimuli (hyperalgesia) and pain in response to non-harmful stimuli (allodynia).

In the chronic cold phase of the clinical course of CRPS, the limb affected by CRPS appears to be sticky due to vasoconstriction and sweating.

This suggests that excessive outflow of the sympathetic nervous system is a driving factor in the progression of the condition and in maintaining pain.

Genetic factors to be considered in diagnosis by CRPS

Although the incidence of genetic factors on the formation of CRPS has not yet been officially recognised, studies have suggested a genetic preponderance towards the development of this condition. Examination of a sample of patients revealed that siblings under 50 years of age were three times more at risk of developing CRPS than those who had no case in the family.

Due to the prevalence of anxiety and depression in patients with CRPS and the unusual nature of the symptoms, psychological factors that play a role in the development of CRPS propagation have been hypothesized. Among other things, it has been found that a high number of CRPS cases are made up of elderly patients with psychological and/or psychiatric illnesses and body pain.

Physical and occupational therapy is a key component of the rehabilitation process in patients with CRPS and chronic body pain and is recommended as a first-line treatment. Patients can develop kinesiophobia and the purpose of the therapy is to overcome this fear of pain and allow the patient to get the best functional use of the limb. This program is specifically adapted to each individual and may involve different modalities. These include elevation, massage, contrast baths, transcutaneous electrical nerve stimulation, gentle range of motion, isometric strengthening exercises and stress loading of the affected limb along with the provision of adequate analgesia. Occupational therapy encourages the use of the affected limb in daily life activities. The use of special clothing or wrappings can reduce the edema and sensory overload of the affected limb. Mirror Box therapy has been shown to reduce neuropathic pain and improve the two-point feeling in the affected limb.

Chronic body pain affects the quality of life and places a huge emotional and psychological burden on patients. Therefore, it is essential that patients with newly diagnosed CRPS have a discussion with a psychological care provider about their condition and progression, as well as the need for active self management and participation in a care plan. This can be followed by cognitive behavioural therapy, learning relaxation skills and biofeedback to facilitate rehabilitation, reduce the intensity of body pain and provide patients with greater control. It is important to evaluate and treat patients for concomitant axis I disorders such as major depression, generalised anxiety disorder and post-traumatic stress disorder, which can complicate the rehabilitation process.

Pharmacological medical care. Which to choose

In order to reduce inflammation is good use resorts to the administration of nonsteroidal anti-inflammatory drugs that reduce inflammation and have been used in the treatment of CRPS. Controlled studies have reported a number of significant improvements in  body pain and in the range of motion of the condition.

Anti-inflammatory drugs are associated with the use of antioxidants, a choice based on the perception that free oxygen radicals generated by the inflammatory process may be a key component in the propagation of the disease process.

Medications that help the patient to have a tolerable pain sensation include DMSO and N-acetyl-cysteine, but also vitamin C and Essential Oxygen drugs.

but also vitamin C and the drugs based on it thanks to its antioxidant action that makes it one of the best preventive therapies for the development of CRPS. Other drugs useful in providing pain relief are anticonvulsants, whose effectiveness is given by a significant improvement in pain reduction especially in the early phase of the disease and in long-term sensory deficits.

Chronic regional and neurotonic inflammation plays an important role as a trigger for CRPS. Patients with this condition experience an increase in pro-inflammatory cytokines and a corresponding reduction in anti-inflammatory and immunomodulatory cytokines, which have proved decisive in relieving this condition. Patients who have benefited the most from these agents are those who experience a high degree of physical CRPS pain and refractory diseases to treatment. Patients treated with lenalidomide showed significant improvements in pain and functional scores within 12 weeks of treatment, lasting for one year.

The pharmacodynamic profile of neridronate is similar to that of other bisphosphonates containing nitrogen and is characterized by a high affinity for bone tissue, particularly at sites undergoing reconstitution.

Among the numerous case studies that report the success of the treatment of bone pain therapy with neridronic acid is the case of some growing children with imperfecta osteogenesis, for whom neridronic acid has increased the bone mineral density, measured by a double X-ray. The phenomenon of increased bone density is linked to a significant decrease in cumulative fractures.

According to recent research carried out also on a sample of children, the effects of the intravenous administration of neridronic acid for the treatment of diseases related to bones is usually positive and brings benefits to the health of patients. For example, in some patients with acute knee pain for a period of 3 months, after about 50 days of treatment with neridronate, they underwent clinical evaluation and a further magnetic resonance imaging was performed.

The first outcome was a change in pain measured on a visual analogue scale.  There are other cases of patients with CRPS I who have seen a marked improvement in their condition and a relief from physical pain due to the administration of neridronate. This is the case of 82 patients with hand or foot CRPS who were given 100 mg of neridronate and who, after approximately one year, no longer had any physical pain symptoms of CRPS.

In conclusion, in patients with acute CRPS-I four i.v. infusions of 100 mg neridronate are associated with clinically relevant and persistent benefits.