Crps in the Knee 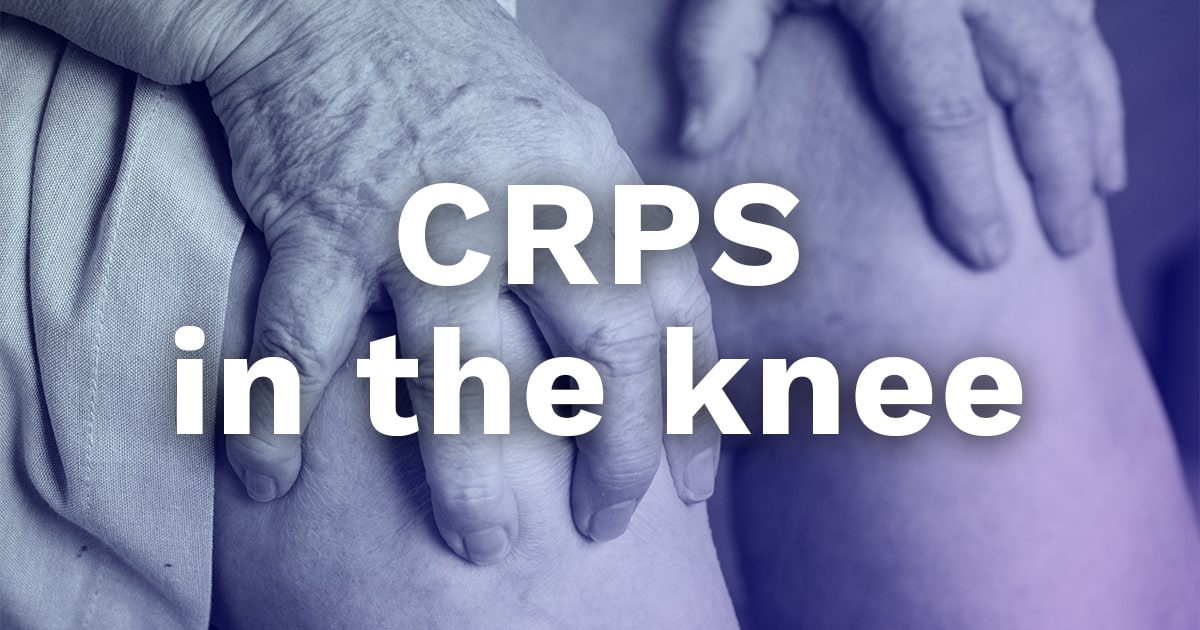 Complex Regional Pain Syndrome on the knee, a difficult diagnosis with a good prognosis

CRPS, as we know, is a debilitating condition that usually affects the limbs and is triggered by a trauma of some sort. Like in the articles before, in our mission to spread awareness, we are trying to focus as much as possible on every single aspect of this condition.

Complex Regional Pain Syndrome affecting the lower limbs occurs slightly less frequently compared to the upper (about 40% of all the cases). However, as we have seen on the small focus on CRPS affecting the ankle the cases involving the knee are very rare and, unfortunately, they have a high chance of misdiagnosis. Like it happens on foot and ankle, one of the most frequent cause for this condition to occur is surgery: in a study conducted in 2014, out of a total of 368 patients, 162 reported knee surgery as a direct eliciting factor, meaning a 44.02% of considered cases. Another 53.53 % reports a trauma or injury as a cause and 2.45 % do not recall a triggering event.

CRPS on the knees should be diagnosed only in presence of the Criteria stated in the Budapest method because it is the most modern and complete method available. A research conducted in 2018, for example, has considered 100 patients simply suffering from chronic pain following a total knee arthroplasty (TKA). This is because previous studies suggested that up to 21% of the patients who underwent TKA where then diagnosed with CRPS. Clearly, these numbers where out of proportion. As a matter of fact, at the end of the test conducted with modern diagnostic criteria, no patient was found with CRPS, while with the older Orlando Criteria, 8 patients may have been diagnosed with Complex Regional Pain Syndrome.

What does this mean? The study we have here considered has proven that isolated signs and symptoms may have led to the overdiagnosis of CRPS.  Especially when it comes to the knees, neuropathic pain can come from a variety of conditions that need to be treated in very different ways. The patient should always make sure that CRPS is the correct diagnosis by researching a first and second opinion and consider alternative diagnosis. Delay in the management of causes that could be more common, can compromise the whole outcome of the treatment.

This does not mean that CRPS involving the knee does not exist, it is however important to make sure that the diagnosis is correct. In case the diagnosis is confirmed, it is important to react as soon as possible: as it happens with Complex Regional Pain Syndrome on the ankle, the knee affects the whole posture and walking. It is extremely important to keep on  moving, following of course a specialized rehabilitation program since the very beginning.

Neridronate infusions have been used on CRPS involving the knee as well and, when it has not been resolutive, it has prevented or cured Osteoporosis, a common consequence in this condition, especially when affecting this area. However, a patient should not panic, stress is an important factor in the evolution of Complex Regional Pain Syndrome and, when caught on time and assessed correctly, the prognosis can be of a few months before a recovery (between 6 weeks and 5 months). This is to the point that recent developments in the treatment of this condition suggest undergoing Neridronate infusions even when CRPS is merely a possible diagnosis and, only then, undergo treatments for other conditions.