What is Complex Regional Pain Syndrome 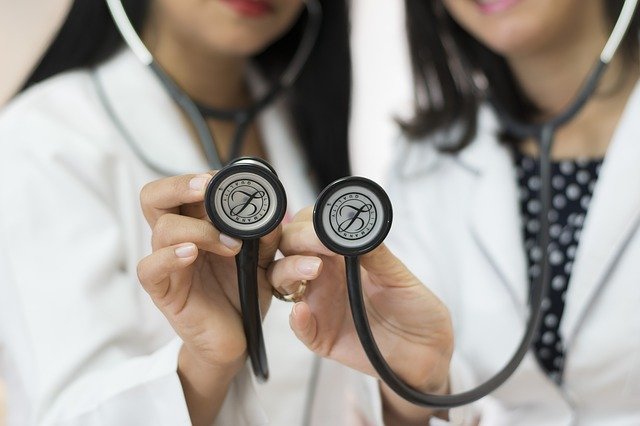 Counseling and awareness: RSD near your area.

What is complex regional pain syndrome?Complex regional pain syndrome (CRPS) is a term used to describe a range of painful symptoms and signs. Examples of previous names for these conditions include reflex sympathetic dystrophy, causalgia and Sudeck atrophy.The main symptom of CRPS is pain. Most people experience severe pain in their arms or legs. Usually the pain is in a part of the body where you have undergone trauma, surgery or other injury. Usually the pain is constant, acute and characterized by a burning sensation. What would suggests CRPS is the intensity of a pain far greater than what would commonly be felt in relation to the type of injury or damage achieved in the affected area. This factor, together with other rather common factors, such as the variation of the epidermal temperature from one point to another of the limb afflicted by 1 degree, the reddish skin colour, a particular sensitivity of the epidermis to the touch, suggest that it is CRPS.Complex Regional Pain Syndrome can happen to anyone at any age, but women aged 40 to 60 are more likely to be affected.Although symptoms are quite common, CRPS varies from person to person. Many have mild symptoms and slowly improve over time. But some people may not recover and may remain with long-term pain and disability.

Even today it is not easy to state clearly what is the cause of Complex Regional Pain Syndrome. It is thought to be due to an abnormality of the nervous system, with reference to the sensitive (nerves, skin) and cerebral perception of pain resulting from a limb injury.This pain usually occurs after a limb or joint has suffered a serious injury caused by an accident, fall or surgery or even by a simple sprain.

Symptoms of Complex Regional Pain Syndrome Characterized only one arm or one leg include:

– Pain much more intense and lasting than the normal course of hospitalization in relation to the wound achieved.

– Shiny spots or blotches in the skin.

– Variation of skin temperature in different areas of the same limb.

– Sweating, numbness or tingling in the aching arm or leg.

Because of the chronic pain perceived, the CRPS can also cause sleep problems, anxiety, mood swings, sadness and depression. When pain is so extreme, one of the recurring thoughts in people with CRPS can even be death or suicide.

Since CRPS is an uncommon disease, it has been said several times that the diagnosis is not easy. Nevertheless, there are examinations and tests that allow you to go back to the disease such as an examination that involves the inclusion of contact with the skin or the joint of the joints in the painful area, the comparison of the color and temperature of the arm or leg painful with the corresponding healthy. For example, if you feel pain in your left arm, your doctor will compare it with your healthy right arm.

It is always preferable to consult a specialist, such as a neurologist, rheumatologist or pain specialist.

Although CRPS occurs without a clear prior reason in a small number of cases, for the majority of cases underlying the manifestation of this disorder there is a tissue lesion. This raise the question of what aspects of the initial lesion trigger the occurrence of CRPS?

An important trigger seems to be the extent to which in pro-inflammatory and its immunological response is triggered by the initial lesion. In experimenting with fractures in some animals, for example, it has been noted that changes occurring in bone tissue, such as the activation of B cells and the increase of interleukin 1β and the signaling of substance P, are crucial to the development of CRPS. Based on the results obtained in a different animal model of CRPS type I, it has been detected for example how nerve injury can also trigger CRPS. A common clinical distinction is drawn between CRPS type I and CRPS type II, since CRPS type II is distinguished by the evidence of peripheral nerve damage. However, similar lesions may trigger both subtypes of CRPS, and the nature of these lesions (e.g., fractures, crushing, crushing, etc.lesions, and surgery) could all be associated with with some degree of nerve damage. There are also studies showing that a correlation between type I CRPS and a coercive cause is possible.

Another interesting factor of analysis is that it has been revealed that patients with a reduced outflow of the sympathetic nervous system after an injury are those at greater risk of developing the consequent symptoms of Complex Regional Pain Syndrome, and that other relevant changes of the nervous system after an injury are more localized. In addition, within a few days after nerve injury, nociceptive fibers in the affected area show an increase in temperature in the presence of sympathetic nervous system activity.

The 4 areas of treatment

For an effective treatment it is preferable to divide the treatment into 4 different areas:

First of all, it is advisable to follow a pharmacological treatment, which, even being only a part of the therapy, is still an essential component on the road to recovery. Pharmacological treatment involves the support of physical rehabilitation, which involves the gentle movement of the aching limb in order to make the limb feel more “normal”. After a certain period of time it is also possible to do stretching or lifting weights to facilitate even more the movement.

Rehabilitation may also include alternative treatments, such as:

Mirror therapy. For this therapy, the therapist places a mirror so that the reflection of your limb that is not painful makes you think of your brain that is looking at your painful limb. When you look at this “virtual” limb in the mirror and move it without pain, your brain “sees” a painless movement in your painful limb. Mirror therapy can help people who have CRPS. The studies done so far have been small, and the results have been mixed.

Advice: how to find support for RSD near your area

The question that everyone asks when they are looking for help or simple support is where can I find a counselling centre? This also applies to those who are looking for a support team for RSD.

When you are suffering from any disease it is always convenient to have medical or psychological support for RSD near home. That’s why it’s important to be informed about how you can find counseling centers or simply groups of people with RSD near you.

There are a number of centres where cognitive-behavioural therapy (CBT) appears to be the type of counselling most often used for RSD. In these centres, which can be tracked down by joining specific groups or forums, are offered counselling service that guides you towards a different view of your condition as an RSD patient, helping you to have a new way of thinking about your condition, to change habits that may be worsening your pain or disability, to relax, to devote yourself to more physical exercise and to have a greater knowledge of the disease and awareness of it.

In fact, doctors are unanimous in recognizing the importance of proper information and education about RSD /CRPS for this reason they support the developing of structure for RSD near the district or street of their patients.

By learning everything you need to know about your condition, because increased awareness leads to greater management and acceptance of the disorder. Being as informed as possible also helps you to know the best ways to achieve healing.

All those who have followed a correct documentation of the CRSP /RSD will have come to know the effectiveness of bisphosphonates (BP) and in particular, of Neridronate.

But let’s try to understand what bisphosphonates are and why they work.

Biphosphonates are powerful bone resorption inhibitors widely used in the management of osteoporosis and other metabolic bone diseases, such as Paget’s disease and cancer-related bone pain. The primary pharmacological action of BP is the reduction of bone resorption by inhibition of osteoclastic activity. By coupling bone resorption and formation, the treatment with BP also reduces osteoblast activity and bone formation.

The action of bisphosphonate on bones

Biphosphonates are absorbed by the skeleton, mainly at active remodelling sites, and strongly bind to the bone mineral. At the tissue level, PA are released from the bone in the acid environment by resorption gaps during the resorption phase and are taken up by osteoclasts, probably by endocytosis in the fluid phase. BP without a nitrogen atom in their molecule (e.g. clodronate) are incorporated into the ATP and generate metabolites such as nucleotides of the AppCp type that induce osteoclast apoptosis. BP containing nitrogen (e.g., alendronate, neridronate, pamidronate, pamidronate) induce changes in the cytoskeleton, leading to inactivation and potentially apoptosis of the osteoclast. This action is mainly the result of the inhibition of farnesyl pyrophosphate synthase, an enzyme of the biosynthetic pathway of mevalonate.

In early studies of BPs in CRPS-I, the study of these compounds or other bone targeting agents (e.g. calcitonin) was mainly justified by the local radiological osteoporosis observed in some patients presenting with this complex disease. Typically, three-phase bone scintigraphy with technetium-labeled bisphosphonate in patients presenting with CRPS-I demonstrates a pattern of increased absorption in all three phases.increased blood flow and microvascular permeability are certainly responsible for the absorption of the radiotracer in the initial phase. On the other hand, blood flow and permeability alone cannot explain the prolonged and increased absorption in the joints of the affected limb during the delayed phase. Since increased bone resorption cannot be an explanation for this greedy absorption, it has been proposed that this particular and relevant concentration of PA in the affected limb may be the consequence of a large number of supply sites available due to the disappearance of coating cells from the trabecular surface.

Therefore, PA may bind to bone tissue by passive hydroxyapatite crystal chemo adsorption on an uncovered trabecular bone surface. This is supported by the observation of a small number of lining cells, osteoblasts, osteoclasts and osteocyte degeneration in the affected joints of patients. Once a high concentration of BP is reached at the tissue level, these compounds are likely to counteract the pathophysiological events involved in CRPS-I through several mechanisms, including prevention of dissolution of hydroxyapatite crystals, reduction of lactic acid production by different cell types, inhibition of proliferation of macrophages and monocytes, activation and viability (supporting neuroinflammation), reduction of NGF and other cytokine production and, finally, prevention of apoptosis of osteoblasts and osteoclasts.

In conclusion, the potential beneficial effects of CRPS-I BPs are not linked to their traditional anti-resorptization activity, but to a more complex interaction between these pharmacological agents and the pathophysiological events that generate and maintain CRPS-I.